Well, if we’re going to start a new year, let’s start it off with a bang!

Two of the most recent patterns I put out where the Cinnamon Sticks Hat and Cinnamon Sticks Fingerless Gloves patterns. I made both samples using a single skein of Malabrigo Arroyo (although I did have to rip out and use my gauge swatch yarn). 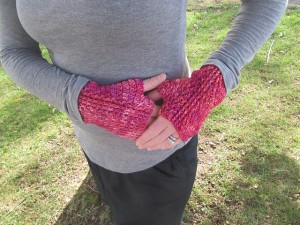 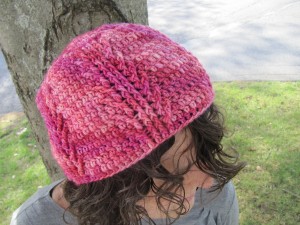 Anyways, I had two skeins but only used one…what to do with that other skein? How about a giveaway! This giveaway is for a skein of Malabrigo Arroyo yarn in the English Rose colorway (same as the pattern samples) and copies of both the Cinnamon Sticks Fingerless Gloves and Hat patterns. Use the yarn to whip yourself up a winter set, or for anything else your heart desires.

To enter, leave a comment here before 11:59pm January 6th telling me what you love most about Malabrigo yarns. I’ll randomly choose a winner from the entries. This contest is open internationally, except where prohibited by law.

National Crochet Month and a Giveaway

News and a Giveaway with Stephannie Tallent