Tips for Crocheters Learning to Knit

During my yarn store hopping in Austin, I met Kerry. She had decided to learn how to crochet (woo hoo!), and said that once she became comfortable with crochet, she might try knitting.

I didn’t really learn to knit until after I became proficient at crochet. I had tried to learn to knit first, but it was an abysmal failure. (That’s a whole other blog post.) It finally did take, and I now enjoy both yarn crafts.

What follows are some tips specifically for crocheters learning to knit. So, Kerry, enjoy your crocheting, and when you decide to try knitting, here you go:

1. Ditch the Long Needles
One of the biggest difficulties I had with knitting was maneuvering the long needles. They just felt so awkward and uncomfortable. Luckily, some friends showed me how to knit back and forth on circular needles. With circular needles the flexible cable can be long, but the actual needle part you are holding is shorter, like a crochet hook.

2. Try Continental
Continental knitting requires holding the yarn in your left hand. This is something that you’re probably already comfortable with from your crochet, and you’ll be able to focus more energy on learning how to form the stitches.

3. A Yarn Over is Not a Yarn Over
Crochet and knitting both involve wrapping yarn around, but they do it differently. In the beginning, pay careful attention to whether your yarn over is front to back or back to front. With practice, it’ll become automatic, and your hands will wrap the yarn the right way without you having to think about it. 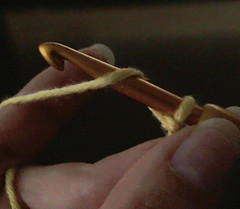 Crochet: Yarn goes from back to front. 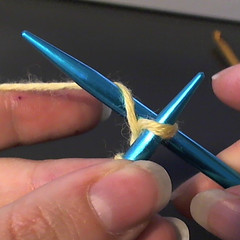 Knit: Yarn goes from front to back. 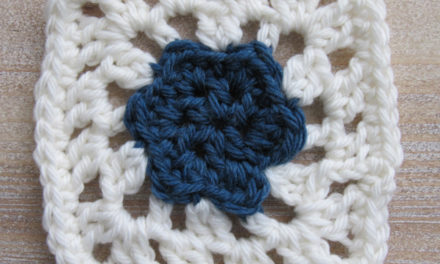 4 Things to Do With Yarn Labels 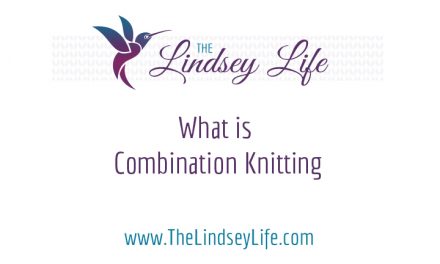 Combination Knitting – What is it?