Not Quite a Recipe: Matbucha (Sort of)

I’m really fond of this tomato/onion/bell pepper Middle Eastern dip known as matbucha. It’s spicy, but not what American’s generally think of as a “dip”. This is a chunky mixture you can dip pita bread into, use to top fish, or add as a chunky sauce to spice up a variety of foods. 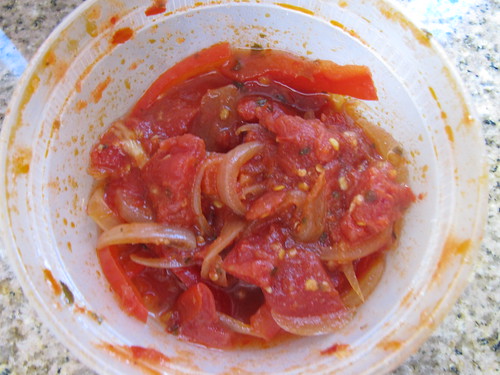 Sautee thinly sliced bell pepper ( I use red ones when I can) and onion with some crushed garlic in olive oil until very soft. Then add in tomato. The sample shown was made with a can of diced tomatoes, but generally I get the whole canned tomatoes and chop them up. Anyways, pour them into the pan (with the juices), and let it cook down.

Matbucha is supposed to be spicy. When I asked a friend who is Morrocan for her mother’s recipe for authentic matbucha, I was pretty much told it was pointless because you can’t get the right type of chili peppers where I live. I could add jalapenos or serranos to the sautee, but instead I just add in schug. Schug is a chili paste available in most middle eastern or Israeli markets. If you can’t get it, don’t worry. Just add in diced chili peppers to your liking during the initial sauteing phase. 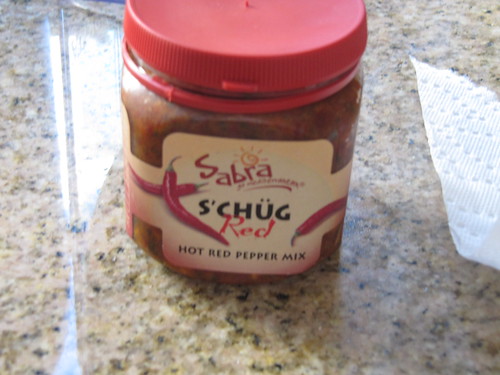 Not Quite a Recipe: Chicken Salad

Not Quite a Recipe: Summer Salads and Vinaigrette

Not Quite a Recipe: Pumpkin Pie

Not Quite a Recipe: Salmon En Croute (or the ways of the puff pastry)