Not Quite a Recipe: Hummus 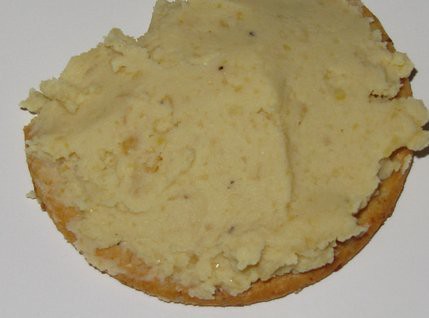 Ah, hummus. This middle eastern chickpea spread is a delicious source of protein. The store bought stuff is ok, but I really love the taste of hummus made from scratch. This is one of those foods that really is worth the time it takes to make it yourself.

The first step is to cook the chickpeas. You can use canned chickpeas, but I have this really strong aversion to any vegetable that comes in a can (with the exception of tomatos). I opt for the dried chickpeas. They come in a one pound bag and are dirt cheap. Pour boiling water over them and let soak for 3 or 4 hours (alternatively, let them soak in cold water overnight). Then, boil/simmer on the stove for about 1 ½ to 2 hours or until tender. You don’t really have to worry about over cooking chickpeas.

Now that you have cooked chickpeas, you may notice that they have a skin on them. There is an active debate online as to whether one should remove the skin of the chickpeas when making hummus. If you do want to remove them, pinch the base of the chickpea and it will pop out of the skin. Removing the skins is time consuming (it took me about 45 minutes to remove skins from one pound of chickpeas), but some people, like my husband, swear that the resulting hummus tastes better.

Process the chickpeas in a food proccessor along with salt, pepper, olive oil (use the good stuff), and some lemon juice. You’re aiming for a smooth, spreadable consistancy. Hummus generally has tahina (sesame seed paste) in it, but I prefer to skip it and just use the olive oil. You can also flavor your hummus by throwing roasted garlic cloves or sundried tomatos into the mix.

Hummus vs Humus – Hummus (with two “m”s) is the accepted English spelling for a middle eastern spread made from chickpeas. Humus (with one “m”) is an agricultural term used to describe mature compost.

Not Quite a Recipe: MiniChicken Patties with Flavorful Rice

Not Quite a Recipe: Crock Pot Beef and Vegetable Soup

Not Quite a Recipe: Matbucha (Sort of)